NAACP Warns Minorities, Women Heading To Missouri: ‘They May Not Be Safe’ 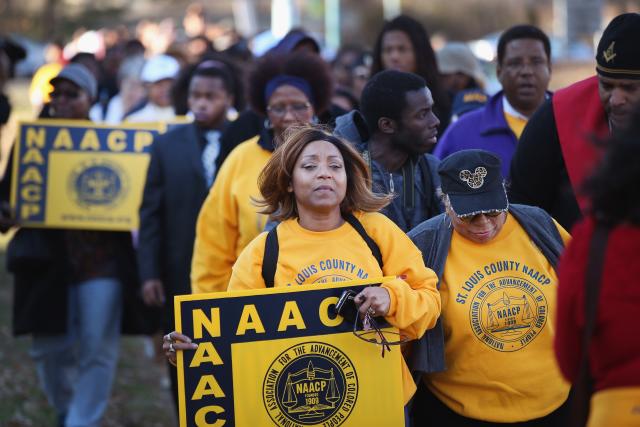 NAACP delegates have approved a travel advisory warning marginalized groups that “they may not be safe” if they go to Missouri because their civil rights are likely to be violated.

The delegates voted Wednesday to nationally adopt the advisory, which was put in place statewide in June, according to the Springfield News-Leader. The advisory ― directed at people of color, women, people who identify as LGBTQ and those with disabilities ― cites recent legislation signed by Gov. Eric Greitens (R) that makes it even more difficult to sue for housing or employment discrimination.

NAACP Springfield chapter President Cheryl Clay and other chapter members emphasized that this is not a boycott, but a warning and a response to the legislation.

“Our ongoing issues of racial profiling, discrimination, harassment and excess violence towards people of color have been further exacerbated by the passage and signing of [Senate Bill] 43,” Clay said in a statement to the News-Leader.

“Not all the communities have the desire or the will to do the right thing for people in their community,” Clay added. “Thus, this is why Missouri has earned the travel advisory for the whole state.”

In addition to the bill, the advisory condemns the state for a number of issues dating back to the Missouri Compromise of 1819. Those include “racial and ethnic disparities in education, health, economic empowerment and criminal justice,” a “long history” of racial violence and harassment, and recent data that shows black drivers were 75 percent more likely to be pulled over by cops than white drivers in 2016.

It also cites the racism that led to protests against University of Missouri in 2015 and a lawmaker’s comments on the House floor claiming that there’s a “distinction between homosexuality and just being a human being.”

After the delegates approved the travel advisory, Chapel told the AP that he hopes the move will boost awareness. He said that the advisory will be up for ratification by the national board in October.

This article originally appeared on HuffPost .